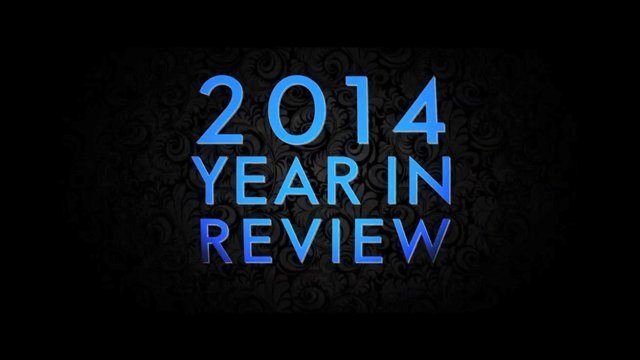 Note: Thanks to Joel Runyon to remind me to write an annual review. This is my second review you can read my 2013 Year in Review Here.

2014 was a really big year for me. I had some big wins and some losses. And some things that may surprise you. Overall I’m proud of my achievements in 2014, I have definitely grown and learnt lots this year. In general the results were much better than 2013 but I struggled in quite a few areas which I will go into.

This was an area that I had begun to neglect throughout the year as I went into working full time form home. Hours and days and weeks by the computer, and not eating healthy meant that by November I was feeling quite unfit and to my horror had developed a pot belly. My sister pointed it out at our Christmas party.

I had stopped and started various running programs in 2014 including Couch to 5 km but to no avail. I can see that I wasn’t consistent in my exercise routine. One of my top goals in 2014 was to be able to run around the large block of my neighborhood which I haven’t managed to do.

I didn’t take care of my nutrition though I am forever thankful for Isagenix which provided the baseline for my nutrition all year around. i shudder to think of where I would be if I didn’t have Isagenix backing me up.

Moving into the new year I now have a running buddy, my good friend Nathan Boonman and we’re keeping each other motivated, accountable and we have a firm goal to run a half marathon by 9th August.

As I’m writing this I am starting the new year with a nutritional cleanse day.

I’ve built some good online and business relationships this year and I have been working on improving my relationship with my beautiful wife and my children.

This year was a year of ups and downs in my marriage. In fact we were seriously struggling in May this year so much so that we were going through relationship counseling. We were at one point resigned to calling it quits.

But after much soul searching, praying, after grappling with the issues and truly talking to each other from our hearts we turned the corner in June and we’ve been on the up and up ever since. Where there is a will there is a way and it really helped me realize how important my relationship with my wife is in my life, to our family and to our happiness. But even more than that I realized I had to set the intention to have a good marriage and not just coast through it and then of course to work on it on a daily, weekly basis.

A book which really helped us was the 5 Love Languages by  Gary Chapman . It helped me look at love as a choice and that I could choose to seek and act in a way that my wife could see that I was being loving.

As a husband intent on growing his career and providing for his family it’s easy to justify the hard work, and the time away but it means nothing if you come to an empt home…

I’ve made and cemented some great relationships online and in the internet marketing world. Masterminds and online communities really connected me with the bigger picture. But it quickly became the Skype calls and the phone conversations that helped me really reach out and create some good alliances and interesting business opportunities.

I took a big step forward financially interns of my online business and working form home but I struggled personally to be honest.

Overall this may sound good but I re-invested a lot of it back into my own business and my own personal development and courses.

I believe I’ve spent close to $30,000 just in courses, programs, coaching and mentoring and masterminds and this also includes travel, accommodation and expenses.

What was a remarkable change this year was I was much more relaxed than I have been in my life in my own ability to earn and create money. I felt more abundant and this allowed my family to eat out more, go to a few more events and allow us to purchase some bigger ticket items. And I thoroughly spoiled everyone for Christmas and birthdays.

My personal finances were a struggle. For some reason I still continued to be plagued by shiny object syndrome, investing in courses, products and tools for IM. I was out of control on average spending $1k a month. This is $1k a month I could have spent on traffic or building a list! Or treating my family better.

Most importantly it affected my ability to pay off my debts. Even though I was earning well I used my credit card and Paypal as crutches for purchases.

I think I have paid off almost $20k on my card this year. It started with around $12k on it, I got as low as $2k and then it yo-yoed throughout the year. It’ snow ballooned to $20,000 at the end of the year as I used it to get into masterminds, CPA traffic and bigger purchases. They’ve all added up.

I’ve honestly come to realize that I would have been debt free and earning much better if I just focussed on one thing and stop falling for all the glittery shiny objects out there.

Another lesson I’ve come to realize (quite recently) are two things:

1. When I buy something or decide to refocus on another project, when I say yes to something I am saying no to something else, probably just if not more important.

2. I simply do not have enough time in my day to continually be learning. Every time I am learning I am taking away from time I could be implementing or earning. Unless it’s in direct, laser focussed correlation to my goals then it’s not worth doing. No matter how cheap or perceived value it is.

I cannot out spend myself out a of abad financial situation. Only earn my way out.

I’m disappointed in my inability to pay off my credit card debts but I am thankful for the lessons I’ve learnt and looking to improve and move forward in 2015.

On another positive note I paid off two big personal loans I had and so thats less on me. But I now have a large tax bill of around $10k for the 2013-2014 tax year as well as putting aside my quarterly tax payments. Ahh the pleasures of running your own business!

This year I really started to ‘come out of the closet’ and start branding myself as an internet marketer and also making myself more known as a MOBE coach which allowed me several opportunities to shine.

I’ve been able to slowly grow my brand and perception in the business community and I’ve been working hard on my own personal development and business development. If anything this year was very much ‘The Year of Development’

Creating video reviews, and interviews really helped as well as blogging more in 2014.

I went to and spoke at the Home Business Summit in Melbourne. I invested and went to Social Media Made Easy in Sydney as well.

In October I attended my first Titanium Mastermind in The Bahamas at the Atlantis. I stayed on for a week later to give some training and coaching for the Immersion program.

In November I entered into a high end CPA mastermind and I’ve earn my first $1000 online through CPA but I haven’t been profitable yet.

My Internet Marketing Pert Meetup has suffered in the second half of 2014 and I coasted along in Toastmasters but on a positive note I did complete and gain my toastmasters Competent Communicator Award in 2014.

So despite feeling that were many things I could have improved, 2014 was a pretty darn good year for me. Here are some of the wins of the past year:

It’s easy to share the wins and pretend life is always awesome but I did have a few downs, some of which I already shared

What use is the past if you can’t learn from it?

My word for 2015 is ‘Growth’. It will be the year I grow my business, grow my finances, grow myself personally, grow my blog and email list, grow my health and my relationships.

On another note the lessons I will be taking into 2015 are:

Have you taken time to look back on 2014? What went well? What didn’t? Be honest with yourself.