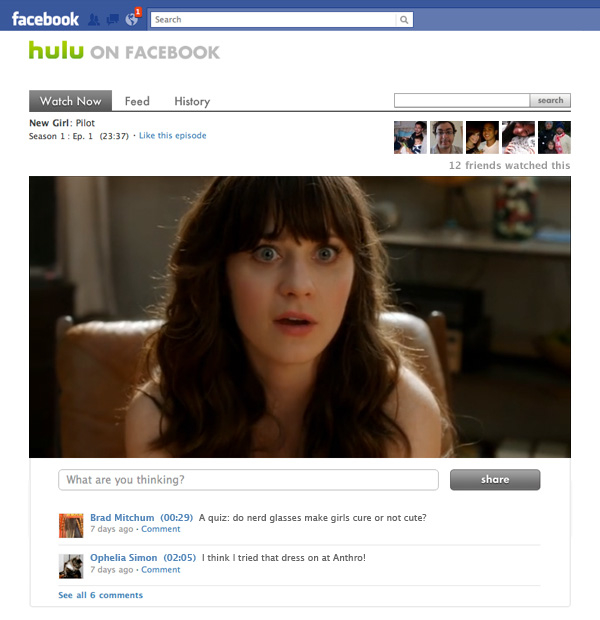 You Can Make Money From Watching A Video on Facebook???

I thought I’d tell you a story about how I earnt my first $2000 in one month from offline marketing (helping local businesses) based on nothing more than a simple 12 minute video that I happened to stumble across while surfing Facebook. Now a days I make much more than that with top tier marketing but I continue making around $2,000 each month (doing very little actual work) using the principles from this exact same system that someone shared freely.

Now obviously there’s a disclaimer here. My results aren’t typical, most people never do anything after watching a short video on Facebook (apart share cute kitten videos) and even if you do watch the video then theres no guarantee that your results will be the same.

Of course I’ll share with you the exact video I watched in a sec but theres some big lessons I’d like you to learn, the least actually being the one I learnt from the video.

So this one time… in band camp…

So at the start of this year I was your typical struggling internet marketer. At this stage I was in my primary network marketing company and it was growing, abet slowly, and I found myself back to doing a job I swore I would never do again the year previously.

(that was my competitor the year previously!)

Now for many people, the idea of knocking on doors day in and day out is akin to torture. Actually they’d prefer torture!

But, being a pretty happy go lucky kinda guy, it’s never phased me. I was never the best out there but I held my own.

Plus walking all day is good exercise right??

Essentially, you learn the sales script, you add a good dose of customer service and you knock on a hundred or so houses. It’s a numbers game but you’re chances increase if you can make good connections and find out if theres an actual need.

And I really like making connections (even if they’re only for 10 minutes) because I truly find other people and their stories really fascinating.

Obviously it’s not all roses and sunshine, it gets very hot/ or very wet sometimes, you walk in some pretty dodgy areas, and occasionally you meet some people that really give people a bad name. And vice versa.

But trust me, its not rocket science. You just gotta get used to rejection and not take it personal.

In less than two months my sales were consistently high and I was approached to manage a team. I said no. Because I had a dream – making money online. And I wanted to have a clear head and to focus my attentions there.

So one day I’m on Facebook and this video appears in my newsfeed. This exact video

I watch the video above, which has a british internet marketer by the name of Sarah Starr (who I went on to buy almost everything she had) and she’s interviewing a local marketer Rob Zappone.

Essentially he approaches local business and helps them out with their seo or websites and he outsources his work to a site called Fiverr. Where essentially as the name suggests people are willing to do all manner of things (including SEO and graphics and web stuff) from 5 dollars.

If you watch the video below it becomes very clear that while Rob is an excellent businessman and shrewd entrepreneur he knows very little about SEO or websites.

What he’s doing is simply finding people with a need (and who have money) and giving them solutions and solving it for them (at a massive profit).

When I watched the video for the first, second and fifth time I felt a surge of ‘I think I can do this!’

From Start to Finish

And so that’s exactly what I did!

Now when I went through this process I already had an OK understanding of SEO (my paypal attests to this judging from the ton of SEO products I bought the year before).

I had a decent understanding of web site building and wordpress and I had some ninja google keyword tools such as:

But essentially I met a local businessman at a local Meetup, he mentioned he needed help ranking his website and I said lets have a coffee.

We met up for coffee, he talked how he had lousy service and not much results from previous SEO providers (usually from another country).

‘It’s free. I just want some referrals if and when your website goes to first page’

You should have seen his face.

I went to work, did some keyword research, showed him how to optimized his website, created 3 ‘fly-catcher websites’ as promised and outsourced the SEO.

In total I think I spent less than $150. (Not including software I already had)

In less than two months it was ranking on the first page of google!

Needless to say he was a happy camper and he made good on his deal.

And I haven’t had to actively promote myself and my services ever since, word of mouth is all the

So lets go over some key lessons I want to impart with you before I go:

1. Focus on solving people’s pains, and speak their language

Local Businesses have no idea what search engine optimization, keywords or back linking is, they just know they need to be seen and heard on Google. Get rid of the tech talk and talk like a normal person!

The simpler the idea the less likely it will stuff up. Use your first business, or your first couple to test the whole work process and your assumptions. Learn as you go.

3. Say yes first and figure how to do it afterwards.

When Rob explained that he had no idea how to create an commerce website but when a business offered him 5,000 pounds (I think) to create one his first instinct was to say YES first and figure the rest out later. Which he did and now he knows how to do them real fast.

I’ve really taken this to heart and it has done wonders for my businesses. Most people would prefer to know everything first and then say yes. Which leads me onto my next step

4. You don’t have to know everything just that little bit more.

It really comes down to posture, if you brand yourself as an expert in something and keep it up sooner or later you will be regarded as one. Sure you have to know some stuff, it’s not about lying or being shady with people) but you just have to realize that you just have to know a little bit more than the next guy (or the person you’re selling to).

In the beginning I spent 80% of my time marketing my SEO services until it grew. That was the one activity that put money on the table. Now I don’t bother with marketing because I have enough clients that i can handle and I have much more lucrative business models.

So I hope you learnt something. It’s amazing how a little thing like a video can change your life and move your life an another direction. But as an entrepreneur we have to keep our ‘feelers’ out and be sensitive to these moments.

And pounce on the moment when it comes.

Wishing you much success in your entrepreneurial journey!