Masterminds, Brain Trust and David Vs Goliath Co-ops Coming Soon To A venue Near You

Masterminds, Brain Trust and David Vs Goliath Co-ops Coming Soon To A venue Near You 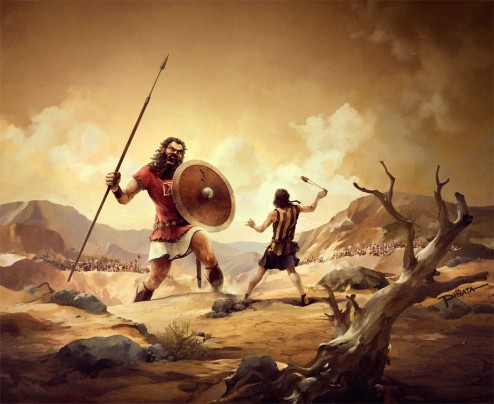 Recently I’ve become part of a community and an endeavor that I’m incredibly excited to share with you. It’s called the David Vs Goliath traffic Co-op. Our vision is essentially nothing less than totally changing the way ‘the little guys’ do traffic by providing a high quality service and community who’s sole aim is to create profitable campaigns for its members.

This leads me to the original story behind this post:

Just like how I met my wife, sometimes you can meet some great friends online.

A few years ago I made a concerted effort to elevate and improve my peer group.

Why would I do this? Well there’s  a simple rule of thumb when it comes to how much money you’ll probably make.

Take the five to seven people you hang around the most with, add up all their income and divide it by that number and more often than not thats your income. It’s scarily accurate.

Or in other words: you’re the average of the five people you hang around with most.

If you wish to earn and become more than you are presently then you need to form better associations. Which is not an easy task. But it’s the first step towards a more positive future.

Jim Rohn used to frame it as:

However, I knew that if I wanted to move into a higher income bracket I needed to associate with people with more abundant mindsets and skills.

And you know where you can meet these type of people? Networking events, personal development seminars and actually through Network marketing!

So when I decided that this year I would move up to another bracket in terms of my online endeavors and income, I knew I had to start connecting with some of the big names in the industry, people who valued making real authentic relationships and had the same vision as I did.

In 2102 I got connected to a top tier internet marketing company, got some awesome results and began positioning myself as a leader.

A few weeks ago this led to a wonderful connection with a fellow MOBE partner Rob Tepper.

If I could describe Rob in 5 ways it would be Internet Marketing Maverick, Creative Genius, Mr-Connector, Incredibly caring and obviously ‘a ladies man’. (It’s the hat that completes him). 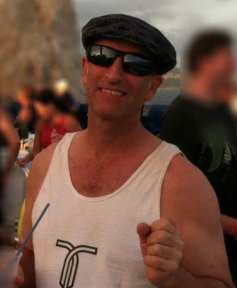 The  David & Goliath Traffic Co-op is the brain child of Rob Tepper after an invigorating Cabo Titanium Mastermind (when isn’t it invigorating?)

It involves getting a co-op of interested MOBE marketers pooling their traffic budget together to test multiple traffic sources. With a large sum of money, say $30k for a months advertising, we can test the ‘big boys’ of traffic providers against the smaller providers.

Hence the name David and Goliath.

We realised there was a big gap in the market between the big boys and the littler boys in terms of traffic service and the David Vs Goliath Traffic Co-op is the ultimate ‘Done For You’ Traffic Service.

You see, once you have an incredibley lucrative and high converting offer, the name of the game is getting ‘traffic’ or in laymans terms – getting enough quality ‘eyeballs’ onto your low ticket offer.

Having a large pool of resources means that you have higher buying power and you can hedge the inherant risk across multiple traffic sellers. It means you can optimise and split test your squeeze pages, and conversion offers. It made perfect sense and when Rob asked me to not only join the Co-op but to also be in the Brain Trust Management team I immediately said yes.

The original plan was to do a $30k Co-op but this grew to much more than that. (Such is the way with all good ideas)

So out of neccisty a group of marketers with a wide range of experience in traffic generation was formed called the The Brain Trust (love that name) to manage, plan, test and deliver traffic to the co-op.

THIS is the central idea behind creating a mastermind – becoming more than you are already. Scooping from the avilable pool of talent and leveraging it to create real results.

And as Rob said in one of early meetings, ‘Each meeting is around $3,000 per hour because thats the calibre of talent in the room’

And THATS when you know you’re swimming in a whole new crowd of fish (or is it school of fish?)

Below is an interview that I did with Rob that offers a sneak peak into what the David Vs Goliath Co-op Offers and the good work being done with the Brain Trust. I decided to conduct this impromptu interview after Rob and the Brain Trust gang had already been in a 4 hour online webinar! but Rob is an amazingly good natured fellow and what we created will give you a great glimpse into the future.

Hey if you’re interested in learning more about either the David and Goliath Traffic Co-op or the awesome Brain Trust just comment below or get in touch with me here or in Facebook.