Just Hold On No.2 – Finished Commission

Just Hold On No.2 – Finished Commission 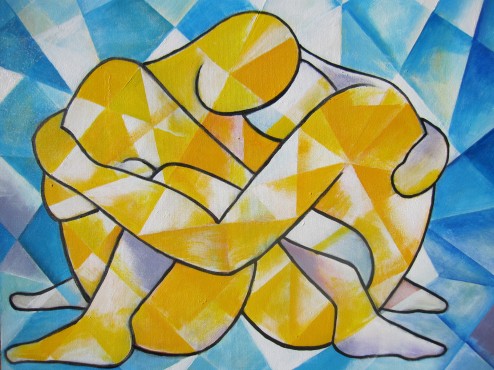 I am very happy to have a new painting to show everyone. It’s been a while 😛

There’s an interesting story behind this painting. I was actually commissioned by the lovely Michelle Kirwan to create a painting based on an earlier work that she absolutely adored back in 2008! Here’s the original. 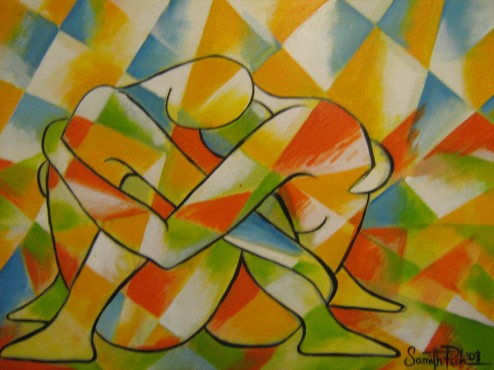 It originally appeared in an exhibition for the Bassendean Art Awards and she had hoped to see it and purchase it then but she fell ill and never ended up coming. We actually mentioned that she liked the painting a while later but I must have been fairy land because I paid absolutely no notice to what she said!

She later caught up with me and plainly said I want that painting! But by this time I had put it up for auction to help my friends Nicole and Manuel Reichert with their Heart Foundation Charity Marathon Run. And yes it sold to a wonderful lady I have not contacted since…

Disappointed but not deterred Michelle enquired into whether I would create a new/ commissioned piece based on that painting. And ofcourse I said yes.

The painting wasn’t all that hard to do but mentally I was in a different space. The problem (well not a real problem but rather an interesting note) is that paintings are like standing in a river of time for me. I can go to same spot of a river but it will never be the exact same place. Not that the river has necessarily changed but because I have…

So I wanted to do something different, and with Michelle I described what I did as:

Everytime I painted I thought of how I could make it special and specific for you. You’d notice straight away there’s fewer colours in the painting which I hope gives it a more focused feeling. The figures are surrounded by a blue back ground which signifies safety and serenity. The couple are more ‘realised than the original. They are glowing in yellows, white light and soft mauves. They are shining in their own love and bond and hopefully it should feel like they are glowing.

That’s what I was trying to communicate and hopefully you feel the same way too.

If you would like to commission me to do a specific or non-specific painting just email me at samithpich@gmail.com or contact me via Facebook. Ofcourse I’m not happy till you are. So lets chat!